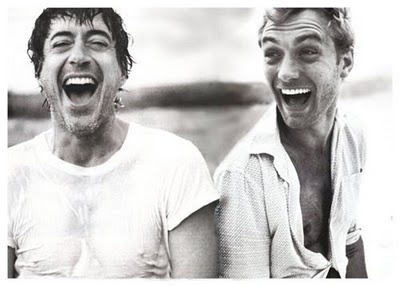 Seduction sharpens your charisma and your confidence. But it incorporates social tools that apply to friendships, too. Personal affirmation, recognition, psychological development … all are factors that form the foundation our social interactions in all environments.

What’s more, friendship is a way we can develop our social environment to make us more charismatic and confident.

But there is a dark side to social relations just like there is for seduction.

Its true that a good social circle can change your life for the better. For worst as well: Conflicts, tensions, betrayals will all happen.

These are risks, so its good to be aware of them going into any social interaction. It’s time to learn how to bet on the right horses, avoid disappointment (just like what happened to me last week), find real friends, and GET RID of the fake ones.

(Read: How to meet people in Paris, France : The ultimate guide)

Friendship , a phenomenon that ignores appearances

Social relations can be simple and complex at the same time: we want everything to go well when we meet new people, but we also want to maintain our status. And thus conflict arises…

Yet, some people seem to read between the lines, and see something in us that most other people seem to ignore. They tend to reassure us, to give us back some influence in the conversation, even while establishing themselves as a solid person. Is this a sign of deep friendship? Well, its certainly moving things in the right direction.

To effectively assess the scope of a friendly relationship, you have to ignore appearances. Friendship does not depend on how long you’ve known someone, but in the difficulties overcome and the strength of the ties between two people.

For example, I lived ​​through the difficult experience of “losing my best friend” a few years ago. We had known each other for almost 10 years. When I moved away, we kept in touch. I visited his family from time to time, spending a few days here and there.

And then one day, he arrived in Paris. There, my family supported him fully, for several weeks. And then things got bad. He began to change, to make demands on my parents and became a rude guest. No “thank yous”, nothing but requests … He would order the most expensive stuff at restaurants and never offered to contribute financially.

He started making his own rules. Let me tell you that this movie did not last long. Upon reflection, my parents asked me to send him home … We had a discussion. He said he admitted and understood his mistakes … but I never heard from him anymore.

The problem is not even the crash of our relationship. I just thought he was different. When I went to his home, I never asked anything, I tried to financially participate and I made a point to bring gifts. Respect was the value that was missing in his case.

This brings me to this first observation. A true friend is someone who understands your values, your principles, and respects them, “no matter what “.

The characteristics of a viable friendship

Sharing a common vision is necessary to establish a relationship. But so is generosity.

— Unconditional support: a true friend is a pillar, a constant source of help that is available to us, no questions asked. A true friend responds in your time of need, and will put aside whatever he or she is doing to help you … it is important to appreciate what this truly means. Relationship, health, and financial status should not matter … if someone is close to you these things don’t matter.

— Unflinching honesty: a friend is not necessarily a “nice” person who praises you every time he or she sees you. No, he is an individual capable of giving you his opinion, dissuading you from making bad choices. He is indeed concerned with your success and loves watching you overcome obstacles to get that success.

— Altruism is the basis of friendship: a friend is obviously a person who does not “need” you materially to thrive. He does things for you with no expectation of receiving anything in return. If a friend claims some recompense every time he does anything … he probably doesn’t really care about helping anyone around him.

— Blind trust: perhaps the most important point. Trust is the glue of friendship. A friend is a person who can say anything without fear of being judged or categorized. He is someone who is not going to repeat your secrets or blab on about your mistakes to others … He gives you a sense of comfort, and helps guide you in your decision making without attacking your ideas.

— Jealousy: A real friend doesn’t envy you or get jealous when you achieve success. He doesn’t attack you publicly just for the sake of attacking you. Jealousy arises sometimes from the middle of nowhere—at the moments the least you expect.  A real friend will never ever do that. A fake one, yes. And it’s hight time to get rid of him. Now.

In fact, the definition of a “true friend” is truly based on our personality and the values ​​that drive us. That said, it is clear that some traits must be present for an emotional connection, both psychological and intellectual.